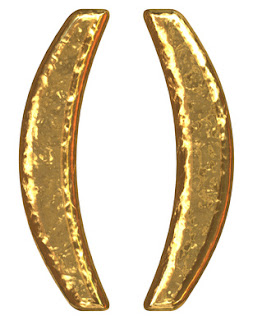 Working with accountants, one of the requirements I often get asked for, is to show negative numbers in brackets.

Surprisingly, this is not one of the standard number formats in Excel, not even if you choose the Accounting format!

Fortunately, however, this can be remedied using a custom number format.

It is usually easier to start with a format that is close to what you want. We will start with the Accounting format, to 2 decimal places, and no currency symbol.

To select this, right-click the cell, choose Format Cells and, on the Number Format tab, selecting Accounting. In the information to the right, select 2 decimal places and None (for the currency symbol).

Click OK to store this as the number format for that cell (or the range of cells selected).

Now follow the same sequence again, but this time choose Custom as the Number Format. You will see the code for the existing format (as previously selected) in the box at the top of the section on the right:

We will edit this code to give us our brackets.

The first thing that we need to be aware of is the different sections of the code. This format uses the maximum four sections, each section being separated by semicolons.

The sections are as follows:

It is not necessary to have all of these.  Any sections not included will follow the formatting set in section 1.
In this case, however, we have all four sections, but we are only interested in changing the first three – in particular Section 2 for negative numbers.
From above, we can see that the current formatting for negative numbers as follows:
-* #,##0.00_-
The first character is simply the minus sign.
This is followed by an asterisk (*) and a space. The asterisk tells Excel to repeat the character that follows it, to fill the remainder of the cell. As this is followed by a space, this tells Excel to pad out the area between the minus sign and the number with spaces, so that the whole cell is occupied. This is why the minus sign is shown on the far left in the Accounting format.
The #,##0.00 tells Excel that we want to see the number to two decimal places, with commas to mark thousands.
Finally, the _- creates a space the width of the minus sign. The underscore (_) symbol, inserts a space the width of the character that follows it.
To edit this to show our brackets, we can do the following:
The new negative format should now look like this:
* (#,##0.00)
This is not the end of the story, however. We want to also slightly tweak the positive and zero sections, so that they line up correctly with the bracketed negatives.
The positive section currently looks like this:
_-* #,##0.00_-
We need to ensure that we have a space the width of a bracket in the same places that we have the brackets in the negative number. We also don’t need the space the width of a – at the start and end, as these were removed from the negative.
The new positive format looks like this:
* _(#,##0.00_)
Finally, we need to make the same changes to the zero format which currently looks like this:
_-* “-“??_-
But, applying these changes, becomes:
* _(“-“??_)
So, the complete new number format is:
* _(#,##0.00_);* (#,##0.00);* _(“-“??_);_-@_-
We could trim this down even further if we like.
We don’t really require the leading spaces, as there is nothing to the left of them, so we could remover the Asterisk and the space at the start of the positive, negative and zero sections.
We also, don’t really need the text section, as this was only adding the leading space to coincide with the minus on the negative numbers, as well as the trailing space that was against all of the numbers.
Our streamlined format now looks like this:
_(#,##0.00_);(#,##0.00);_(“-“??_)
And if you don’t care how we got here, you can just select Custom Format and paste the above code in!